MHS Names 2020 Alumnus of the Year 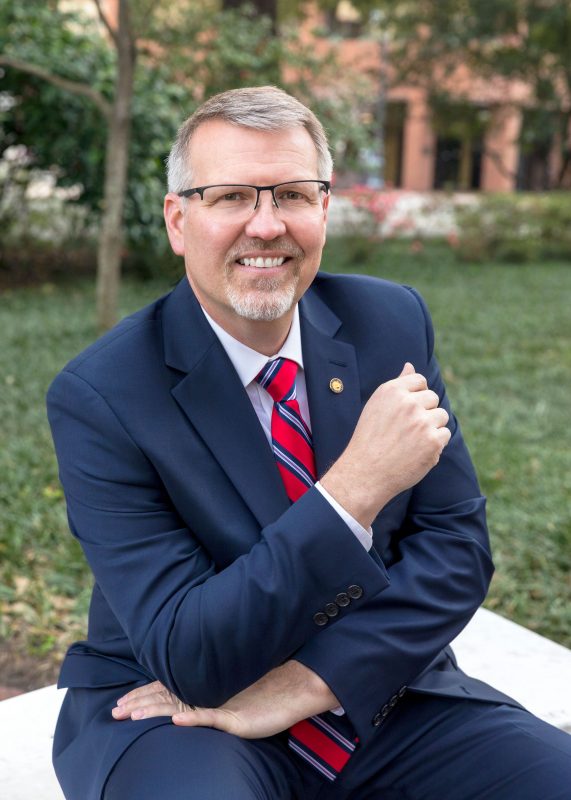 Lt. Col. Charles “Chuck” Seidel ’87 recognized for his service to our country with the U.S. Air Force

Milton Hershey School has named retired Lt. Col. Charles “Chuck” Seidel ’87 as the 2020 Alumnus of the Year in recognition for his 27-year career with the U.S. Air Force and for his work in leading one of the Air Force’s top strategic initiatives—the Long Range Strike Bomber program at the Pentagon.

“It is a true honor to award retired Air Force Lt. Col. Chuck Seidel with this year’s Alumnus of the Year award,” said MHS President Pete Gurt ’85. “Chuck is a decorated military officer whose service to his country matches his commitment to his alma mater—something our founders, Milton and Catherine Hershey, hoped for all of their students. Chuck is a mentor to all, and I am proud to not only call him a fellow graduate, but also a friend.”

After serving in the U.S. Air Force for almost three decades, Chuck retired with the rank of lieutenant colonel and as integration chief for the Long Range Strike Bomber program at the Pentagon. He led the specialized team that coordinated the activities of a 77-member office for a $70 billion initiative and oversaw the planning, programming and budgeting efforts with Congress to develop the replacement for the B-2 bomber. He also commanded the bomb squadron at Hill Air Force Base in Utah. A decorated officer, Chuck’s military awards include a Bronze Star, a Defense Meritorious Service Medal, an Air Force Achievement Medal, NATO Medal, among many others.

After retiring from the military, Chuck was called back to work for the U.S. Air Force as a subject mater expert and contractor for the Munitions Sustainment Division at Hill Air Force Base in Utah. From 2016-2020, his work leading a bomb production effort to support U.S. allies and U.S. efforts against ISIS saved the country nearly $1 billion.

Chuck and his wife of 32 years, Cyndi—who also is a 1987 graduate of Milton Hershey School—reside in Savannah, Georgia. They have two adult children, Brittany and Brandon, and one grandson, Declan.

ABOUT THE ALUMNUS OF THE YEAR AWARD

The Milton Hershey School Alumnus of the Year Award began in 1954. Recipients of the award have demonstrated humanitarianism and exemplary service to others, achieved distinguished service in their careers, and exhibited high standards of achievements, both personally and professionally.

ABOUT MILTON HERSHEY SCHOOL
Milton Hershey School® is one of the world’s best private schools, offering a top-notch education and positive home life to children in pre-kindergarten through 12th grade from families of lower income at no charge.

More information about Milton Hershey School can be found at mhskids.org.