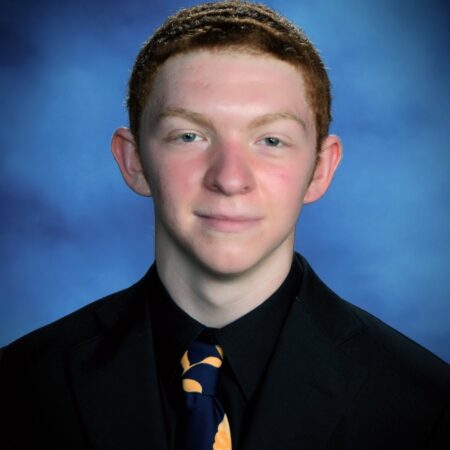 Samuel is focused on preparing for his future. He plans to pursue a bachelor’s degree in finance and real estate with an emphasis in asset management. In preparation for his professional aspirations, Sam has been a corporate intern with Hershey Trust Company and an intern with the MHS Finance Department.

At MHS, Samuel is president of the Investment Club, which he helped launch, chief of staff for the executive branch of SGA, the student government association; and a resident assistant for Transitional Living. He plays ice hockey and has been captain of the MHS club team since freshman year, participates in the MOLD mentoring program. He also volunteers with the Learn to Skate program, supports a variety of SGA programs, and serves as a liaison for SCOR, a student community outreach program that engages in community service at MHS and in the community.

Academically, Samuel has been named to the Distinguished Honor Roll, was inducted into National Honor Society, and was honored as a Rotary Student of the Month.

Samuel is from Ohio, and he has been at MHS for four years. He has not yet made a decision about where he will pursue his postsecondary education.