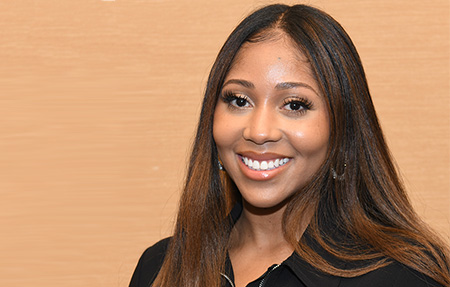 Adzua is director of policy and advocacy at the KIPP Foundation. In this role, she leads, develops, and executes strategies to advance federal and state policy that—in alignment with KIPP’s mission and vision—dismantles structural barriers and puts kids on the path to opportunity. This includes advancing policies that support excellent schools, stabilize families, and create more just communities.

Adzua previously served as a senior policy advisor for U.S. Senator Bennet, senior senator from Colorado. In this role, she oversaw, advised, and developed the senator’s education, labor, and child nutrition legislative priorities. In 2018, she worked as a policy fellow through the Urban Leaders Fellowship in Atlanta. As a fellow, she worked with the Georgia Early Education Alliance for Ready Students. She also developed affordable housing policy recommendations for the Atlanta City Council.

Adzua began her career with Teach for America (TFA) in Metro Atlanta, where she worked as an elementary special education teacher. After TFA, she joined KIPP STRIVE Primary, where she was a kindergarten teacher, grade level chair, and instructional coach. In 2017, she was a candidate for the Atlanta Board of Education. As a first-time candidate, Adzua and her team planned and executed a grassroots campaign. Adzua managed five staff members and more than 50 volunteers to knock on over 2,000 doors, raise $58,000, and defeat three candidates to advance to the runoff.

Adzua earned her bachelor’s degree from Yale University, where she studied American studies with a concentration in politics and American communities. She received the MHS Alumni Achievement Award for Community Service her senior year.