On Friday, May 24, the Milton Hershey School community gathered for its annual Memorial Day assembly to pay tribute to the men and women who gave their lives in service to our country—including the school’s Gold Star alumni. At the assembly, housefather James Umipig introduced the addition of Timothy Mark Wrightington ’12 as the newest Gold Star alumnus.

Wrightington died from injuries sustained in a car accident on Jan. 8, 2018. He was a corporal in the U.S. Marine Corps and obtained a National Defense Service Medal and a Global War on Terrorism Service Medal.

MHS Gold Star alumni are those alumni who served in the Air Force, Army, Coast Guard, Marines, National Guard, or Navy and died while in honorable active military service to their country in times of war or conflict

The guest speaker for the assembly was Russ Ames ’94, who recently retired from the U.S. Army as a lieutenant colonel. 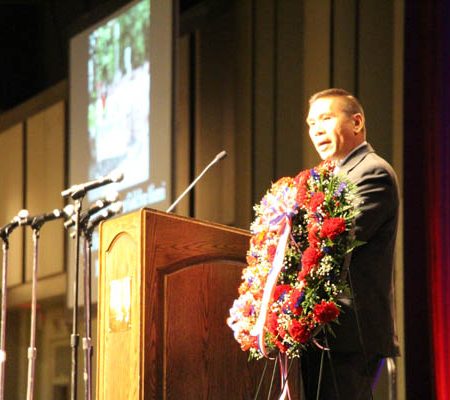 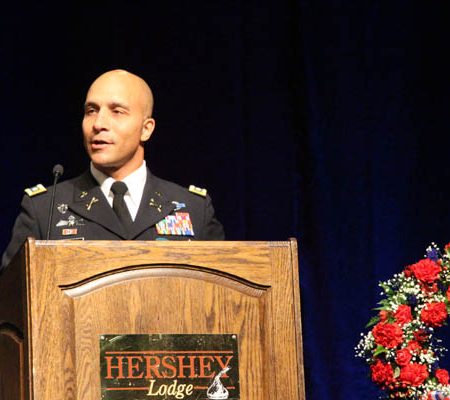 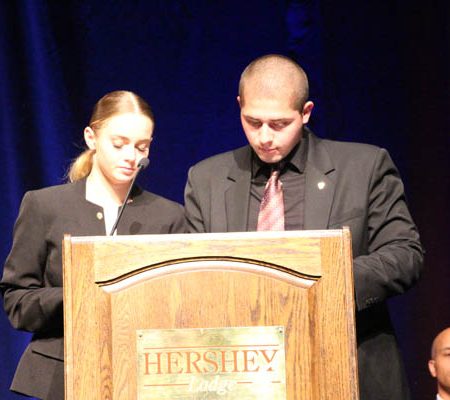 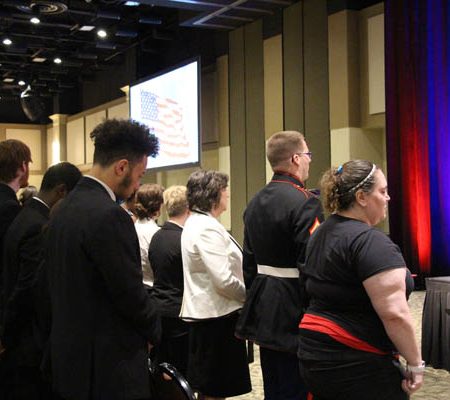 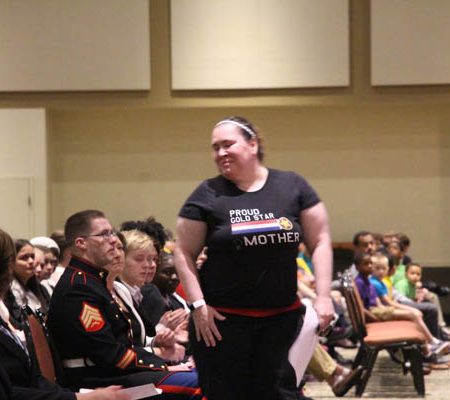 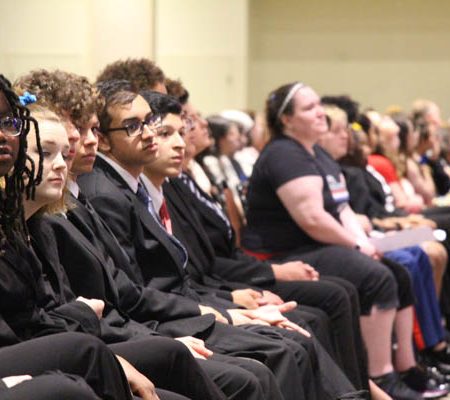 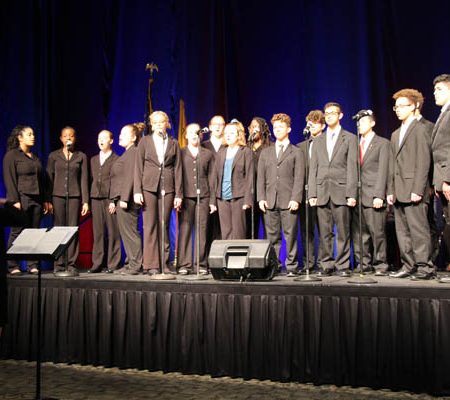 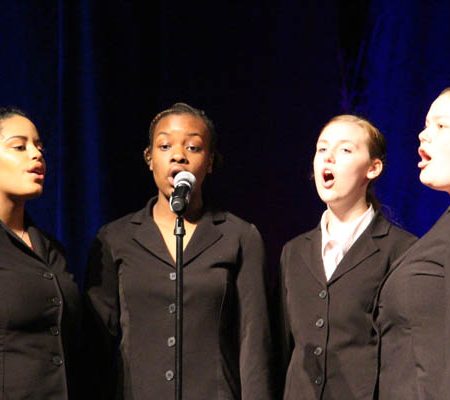 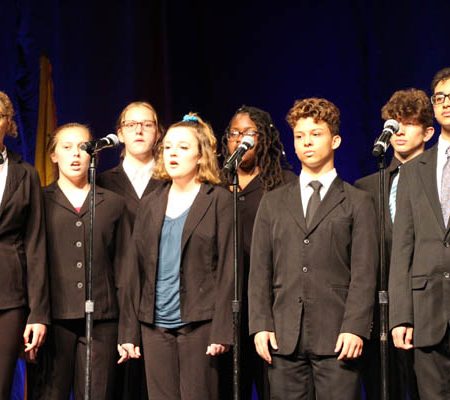 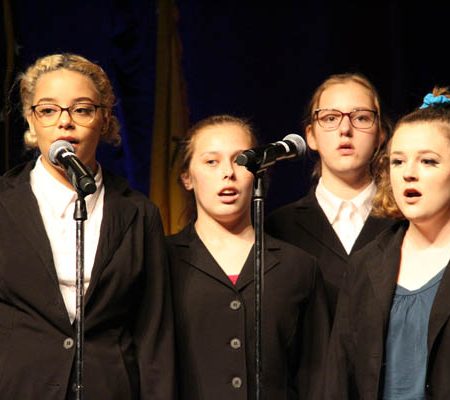 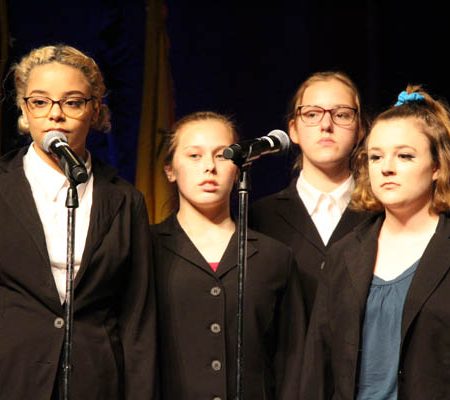 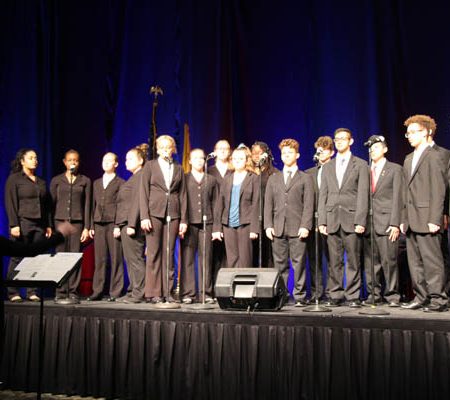 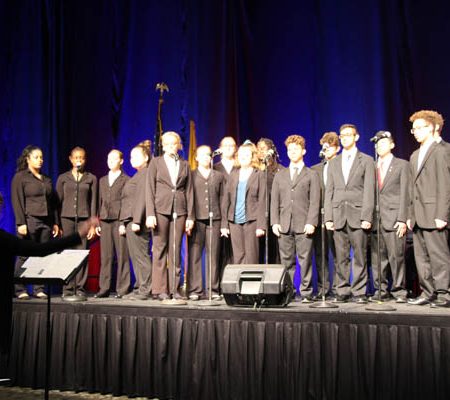 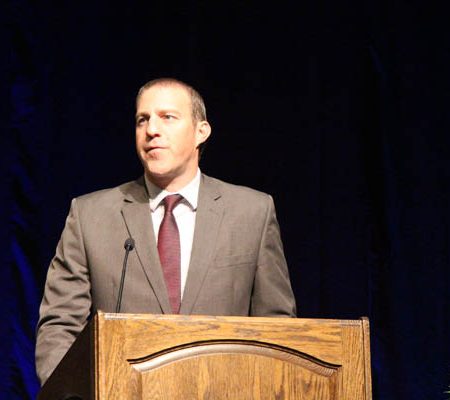 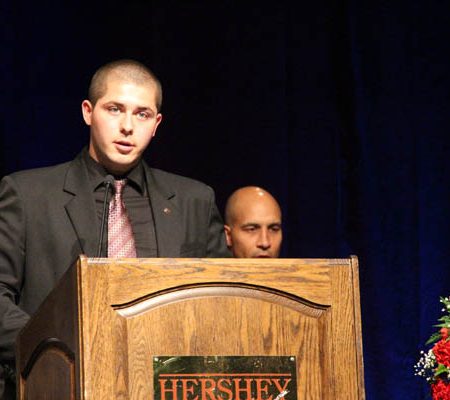 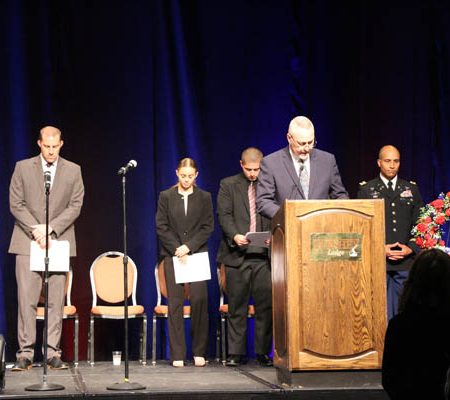 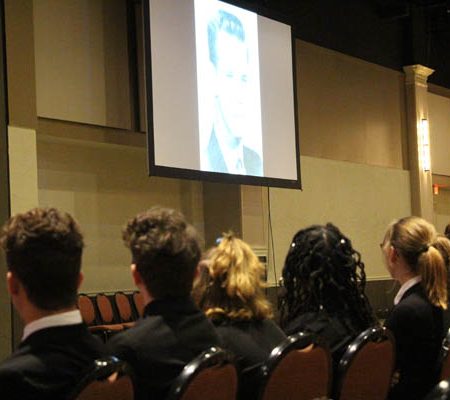 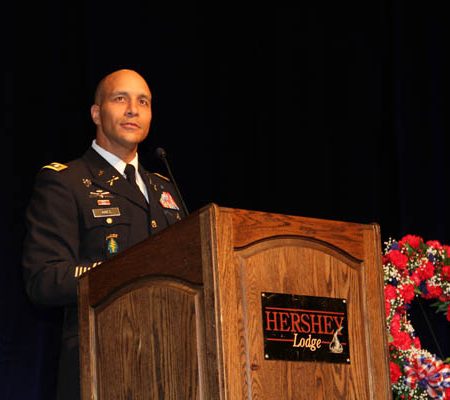 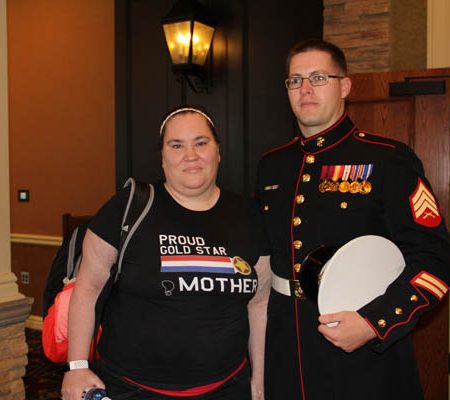 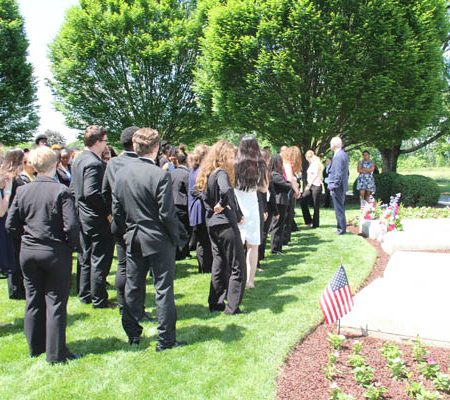 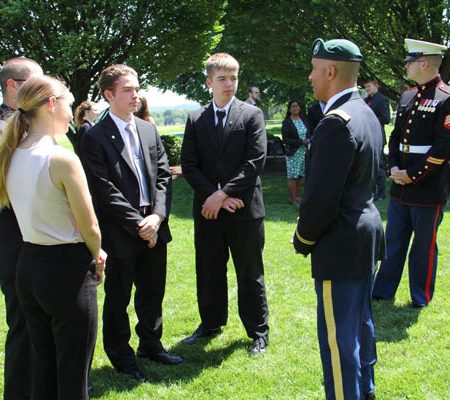 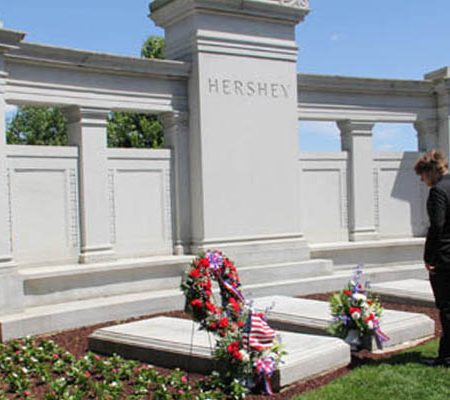 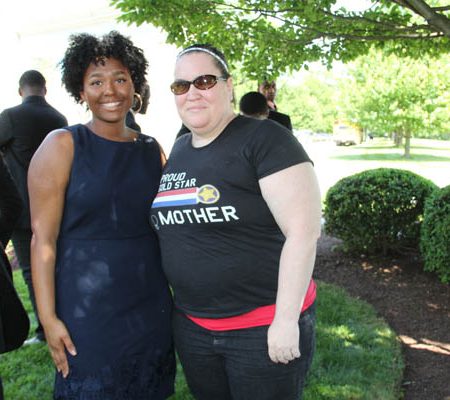 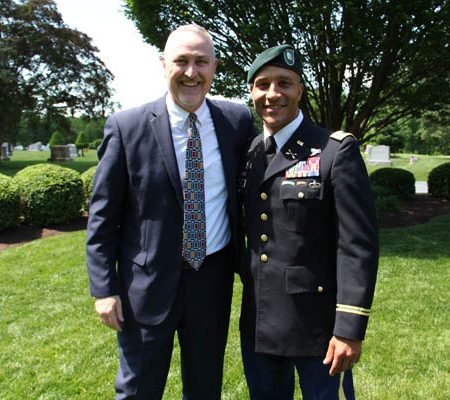 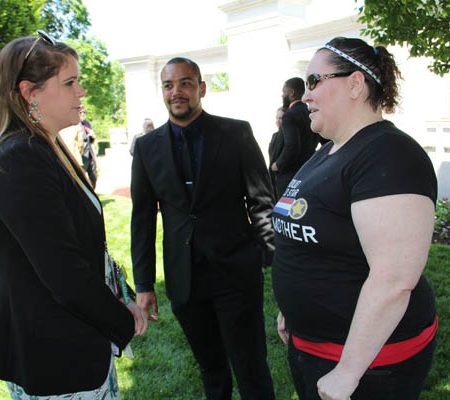 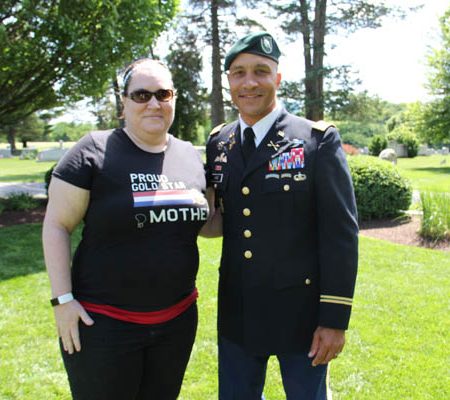