Alumni in the Workplace

Several Milton Hershey School graduates proudly work as retail sales representatives (RSR) at The Hershey Company. Alumni Relations caught up with several of them to share more about the opportunity and the benefits of working with a Hershey entity partner. 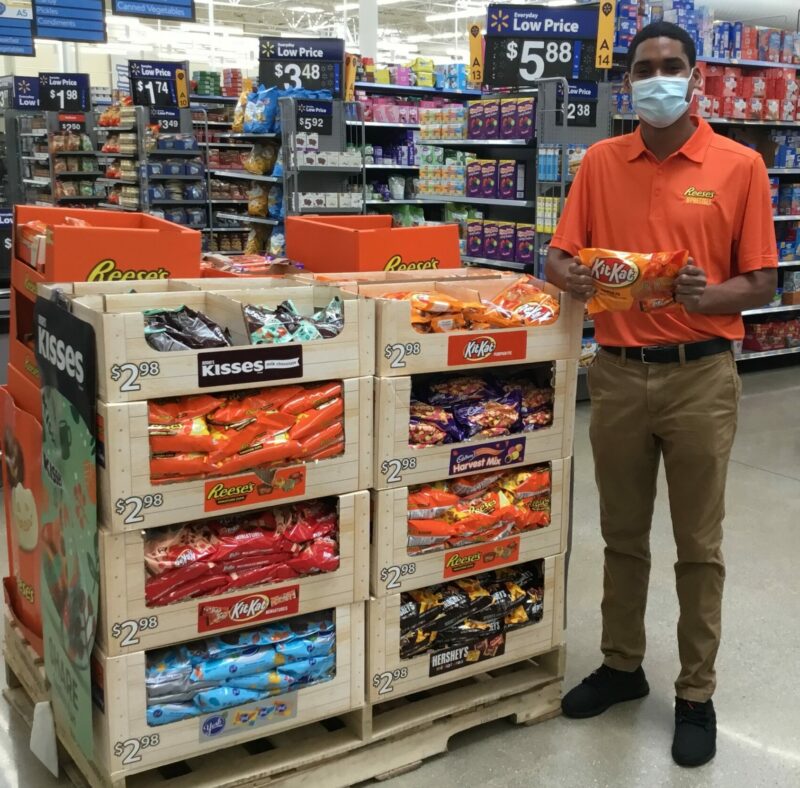 Brandon heard about the RSR opportunity at The Hershey Company from his brother, MHS alumnus Pedro Rodriguez ’18, who had an internship with the company. Pedro introduced Brandon to Star Gibbs, who recruits MHS graduates for the RSR positions.

Brandon has been working for The Hershey Company since August 2021 in the St. Louis, Missouri area. Before being hired for the RSR position, he worked for Allied Security in Philadelphia. It was not his original plan, but he made the most of unfortunate circumstances.

Brandon graduated with a bachelor’s degree in communications with an emphasis in marketing from Temple University in 2020. He had interned during college for a top consulting firm, and it was an internship that usually led to an entry level job—until the opportunity vanished when the firm, like businesses nationwide, had to make difficult choices to adjust to the challenges of COVID-19.

What does Brandon enjoy most about his role as an RSR?

Brandon said he feels as though he is giving back to Milton Hershey School, even if it is indirectly. There is a sound of pride in his voice as he talks about creating and stocking Hershey displays featuring products that make customers happy, and in the long run, support MHS.

What does Brandon think others should know about the RSR position?

Having moved from Pennsylvania to Saint Louis, Brandon emphasized the importance of stepping outside your comfort zone to meet new people and explore new places.

Brandon also wants others to know: 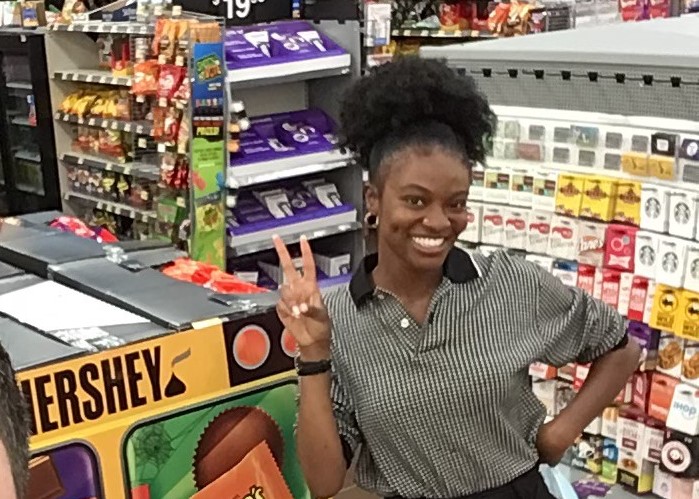 Amy has been working for The Hershey Company since August 2021, after graduating from Virginia Commonwealth University with a degree in health and physical education with a focus in health sciences. She learned about the RSR opportunity from an email sent by MHS Career Services.

She applied in March 2021 and began working as a retail sales representative in August. She is responsible for a territory that includes multiple Walmart retail locations in the Oklahoma City area in Oklahoma.

What does Amy enjoy most about her role as an RSR?

Because she works independently much of the time, Amy said she enjoys when she has an opportunity to connect with customers while she is working at a retail location. “I love when customers talk to me,” she said. In addition, she enjoys when she and teammates in her district pull together to help each other, especially during busy holiday seasons like Halloween.

What does Amy think others should know about the RSR position?

Since beginning her role as an RSR, Amy said she has learned something new about herself every day and has become more confident.

Having been at MHS for 10 years, Amy graduated from MHS and went to college. Right after college, she moved cross-country to start a new job. She described how the move took courage and believing in herself.

In addition to believing in yourself, Amy wants others to know: 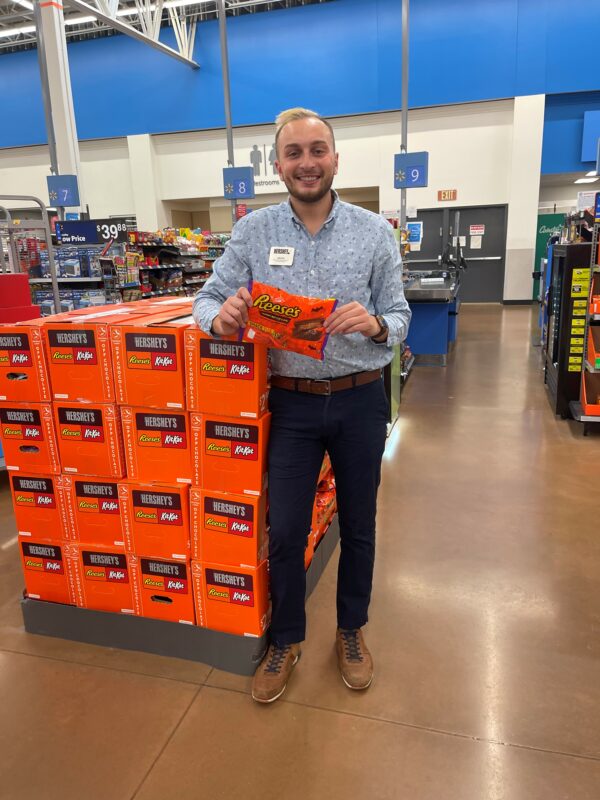 Devyn also remembers receiving an email from MHS promoting the position to alumni who would soon graduate from college.

He applied in November of his senior year and began working part time second semester alongside seasoned Hershey Company employees. That led to a full-time position managing his own territory and 15 retail locations in Ohio near Lake Erie. Today, Devyn has been an RSR for 15 months.

What does Devyn enjoy most about his role as an RSR?

Being an RSR has made him aware of opportunities, allowed him to make new friends, and participate in collective work activities. Devyn is also excited about the potential for career growth within the company. His enthusiasm is evident when he describes his full-circle connection between The Hershey Company and Milton Hershey School. “It’s not work when you’re passionate about it,” Devyn said.

What does Devyn think others should know about the RSR position?